Approximately 34% of Americans get involved in alcohol-related accidents at some point in their lives. Five years ago, the number of individuals who died in car accidents involving alcohol accounted for around 42%. In the same period, 1.5 million arrests were made regarding individuals driving under the influence of drugs or alcohol.

What is even more disheartening is that these accidents could have been avoided easily. The easiest and best way to prevent drunk driving accidents is to avoid getting behind the wheel after taking alcohol.

According to #STAYSOBERNY project in New York, it is important to assign someone to provide a safe ride home before going to festivities involving alcohol

In New York, if intoxicated drivers cause an auto accident, which injures another individual, they can be charged with a vehicular assault. This assault applies when an individual is involved in a physical injury to other people because of driving while drunk.

Apart from auto accidents, a vehicular assault can apply to incidents involving all-terrain snowmobiles, cars, and other vehicles where a driver’s intoxication resulted in serious personal injuries.

For plaintiffs in an auto accident lawsuit to succeed, they must prove several important points. Every driver, including commercial truck driver and motorcyclists, have the ‘duty of care’ towards other cyclists, motorists, and pedestrians, with whom they all share New York’s highways and streets.

This means every driver should obey safety laws and exercise caution when driving. For example, it would be important to slow down your car in a heavy fog, even when the speed limit is higher.

Legal Limits for DWI/DUI in the New York

New York has a specific definition for various forms of drug and alcohol impairment when driving. Most of these depend on the BAC (blood alcohol content) of drivers.

Although drivers who break laws usually face criminal charges, this doesn’t automatically mean their victims will get cash to pay for the hospital bills and take care of other expenses.

To be able to do that, you should file a civil claim against the driver at fault. If the driver gets convicted of the offense, this will be powerful proof of your claim.

For many years now, New York has been on the frontline to reduce injuries, crashes, and fatalities resulting from drug and alcohol-impaired driving. At the core of the well-established comprehensive system to address impaired driving are strict laws that offender programs, effective enforcement, adjudication, and prosecution support.

The GTSC (Governor’s Traffic Safety Committee) plays a vital role in coordinating and promoting many components of the Impaired Driving Program.

The funds and resources that GTSC invests in minimizing the risks of impaired driving are complemented by several private sectors, federal, local, and state activities.

The number of intoxicated or drunk driving accidents in NY is alarming. In fact, they are among the most serious threats, regardless of public initiatives to minimize the rate of accidents.

Fortunately, if you are involved in an accident, you have the right to get compensated for personal injuries, either through lawsuits or insurance claims. 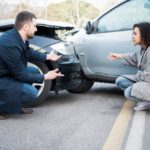