We are all aware of the innovations that cryptocurrency has brought in the field of monetary transactions. This new form of digital currency has made transactions faster, secure, and more efficient. Cryptocurrencies are tailored to meet the requirements of the digital era in which we live.

Cryptocurrencies use a decentralized ledger technology based on the blockchain technology. The blockchain is the foundation of this new digital currency. This is what makes crypto transactions safer and more efficient than transactions through the traditional ledger system that is used in banks and other financial institutions.

In this article, we will explore the technicalities of blockchain technology in order to get a clear understanding of how it works, and the function of the ‘nonce’ in the maintenance of blockchain.

A brief history of blockchain

Blockchain was developed in 1991 by Stuart Haber and W. Scott Stornetta. It was designed to track digital assets by the application of a time-stamp. The time-stamp will allow asset data to be recorded in a tamper-proof series of blocks, from which this technology derived its name.

The maintenance of the blockchain is a pretty complex process, but we will give you a basic idea to make the concept of nonce more comprehensible.

The blockchain is the foundation of crypto technology. It can be used to maintain a flawless ledger of all the transactions across the networks. It is due to its ledger, it is hailed as a potential replacement to traditional fiat currency.

Today a number of multinational corporations like Tesla, Square Inc., Marathon Digital Holdings are investing in crypto assets to have better access to transactional infrastructure. Trading has also become easily accessible due to the introduction of numerous user-friendly trading applications like Brexit Trader.

Despite the rise in crypto transactions through big investments or through trading activities, the blockchain helps in the maintenance of an accurate decentralized ledger of every transaction that is taking place across the network.

This is how the blockchain works:

Nonce is also known as “numbers only used once”. The nonce is a significant security measure that helps in the maintenance of a ledger that cannot be tampered with.

As mentioned above the nodes in a cryptocurrency network have to solve mathematical equations in order to generate the correct number that would be required to form a new block. This targeted number is known as the nonce.

The data of the existing blockchain is encrypted through a function in order to generate a hashed number. The miners who are maintaining the blockchain have to find out the approximate nonce that would be required in order to create a new block of transactional data.

Each time a certain input is passed through the function the same hash number is always generated. This makes the hash function deterministic in nature. It means a slight alteration in the input data would cause severe changes in the generated hash. Thus, it is impossible to alter the data input that goes into the generation of the hash.

Conclusion: The nonce, the merkle tree, smart contract are all measures that are implemented to maintain the security of the blockchain. This is why the blockchain is the most secure way of registering the transaction of digital assets. 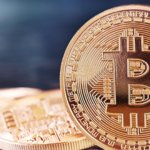