With the greyhound season fully underway and coronavirus restrictions easing to allow spectators back in attendance, the difficult times that race tracks would have experienced over the last 18 months looks to finally be winding down and normality finally ensuing. The eerie silence of an empty racetrack have never been nice to witness, and with the popularity for greyhounds definitely dropping in recent times, the small but dedicated and passionate few spectators have been sorely missed.

While some of the biggest races have already taken place this year, there is still plenty of racing for even the most audacious punter to get their fix, with so many close races and tips for greyhound racing always available. Despite there being so many races, many wonder if we will see the new breed break any records and if we will see a new era try and cement their place in the history books. With that being said, here are the five fastest greyhounds in history.

After moving to the UK from Ireland, the aptly named Ravage Again earnt the sobriquet ‘king of sprinters’ for how he finished races strongly. Enjoying a dominant period in the early 1990s where he would win 29 consecutive races, racking up wins in Scotland and England and earning plaudits from supporters along the way. He passed away aged 13 as one of the sport’s best.

Certainly, one from the history books, Entry Badge goes down as the first ever winner of the Greyhound Derby, and his speed fresh off the traps stood him in good stead to be remembered all these years later. Although White City has been renovated, reclosed and then demolished since his glory days, the work of Entry Badge will be remembered, particularly for his best two years at the top, where he lost just one of twelve races.

Nick Savva will go down as one of the savviest trainers in the sport, discovering Westmead Lord in the late 2000s and winning a treble with him— picking up £100,000 in prize money. He raced at a time where the sport was in its most competitive in the modern era, against the likes of Loyal Honcho and Dilemmas Flight. Injuries plagued the latter stages of his career, breaking a hock which led to his retirement and premature passing in 2014.

Although the popularity of greyhound racing in London has been in decline for a long time, the passion of the East End allowed Romford to enjoy a renaissance period around the early 2000s — spearheaded by the wiry frame of Tims Crow. Picking up first prize in the Golden Sprint as well as the Pall Mall trophy at Oxford, he remained unbeaten for large periods of his career and would consistently come in as a favourite in his races.  To this day he owns records for his speed at a host of major venues including Hove and Nottingham.

Perhaps the most iconic name of all British greyhounds, Ballyregan Bob is a legend. He won 32 races in a row and lost just six of his 48 career outings, all of which took place in a short period of time. Although injuries reduced his peak years to a mesmerising 24 months, it was an unprecedented period of domination, overseen by trainer George Curtis, after which he became a stud and now features at the Natural History Museum at Tring. 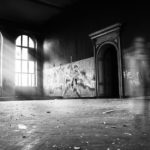 Previous Story:
How to Find Ghost Adventures Near Me