The Hangul—the Korean alphabet—seems complicated to learn at first. But unknown to many, this official writing system has many similarities with the English language.

For one, there are only 14 Korean consonants and 10 Hangul vowels. King Sejong the Great of the Joseon dynasty made it so that people wouldn’t memorize thousands. They learned this lesson when South Korea and North Korea had to use Chinese characters.

That said, all you need to do is follow these six tips that’ll help you master the Korean Hangul alphabet quickly!

The Korean alphabet is written in ways that make them easier to remember.

Just look at the letter ㅂ, which is similar to the letter ‘B’ in English. Its symbol looks like a bedpost.

Here are other Hangul letters that you can memorize by association:

For this tip, we’ll focus on four Korean consonant letters: B, D, G, and J.

Try this: aspirate some air as you speak these words. Do so loudly.

As for the letter D, it will sound like a forceful T.

The letter G, on the other hand, will create a C/K-like sound.

Lastly, the letter J will create a Ch-sound.

Now, let’s line these consonants in the Korean language alongside each other.

Once you’ve memorized the letters in the Korean language, these Hangul consonants will no longer seem like a big deal.

You only have to write the characters twice, such as:

Now that we’re done with 13, let’s explore the final consonant in this list—the letter ㅇ.

In the Korean alphabet, this letter is used as a placeholder. It is silent most of the time, but there is an exception to the rule. It’s pronounced -ng or -ing if it’s at the end of the syllable block.

For Korean Vowels, Remember the Lines

The Korean alphabet is one of the easiest writing systems to try.

As you’ll see below, each vowel is written using either a vertical or horizontal line. Each character also bears a perpendicular line in the middle.

To know which is which, keep this adage in mind:

When writing Korean (ㅗ ㅛ ㅜ ㅠ), all you need to do is add another line to create the following alphabet sounds:

In other words, combining the basic figure with another perpendicular line is all you need to add the ‘y’ sound.

Now that we’re done with the eight vowels, let’s proceed to the last two.

If you’ve been trying to learn Korean for long, then you might have heard of the tree vowel.

In Korean writing, it is represented by the symbolㅣ. It stands tall and proud, just like a tree. Likewise, it is pronounced ‘ee,’ hence its moniker.

Apart from this line, another vowel you will easily remember is the symbol ㅡ (eu). It is pronounced ‘oo,’ as in brook.

You can also combine these ten base vowels to create the following Korean pronunciation:

Read and Write Korean Words from Top to Bottom, Left to Right

Unlike Japanese words, the Korean alphabet is read and written just like English words. You start from top to bottom, then go from left to right.

The only difference is that these consonants and vowels are grouped into imaginary boxes. These are known as syllable blocks.

When writing these blocks, you always have to start with a consonant.

As you can see, you can learn the Korean alphabet right away. By following the tips above, you can bask in South Korean culture in no time. 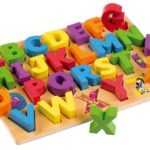